Why the Name Hatchet & Seed

We often get asked, why the name?

While I (Tayler) was studying International Development at the University of Saskatchewan, I came across a chapter in the book Political Ecology: A Critical Introduction by Paul Robbins (2004), on the subject of political ecology.

That chapter, titled “The Hatchet & The Seed”, described the ‘Hatchet’ as a critique of the current paradigm of understanding environmental & human change solely through the lens of corporate, state & globalist mechanisms. The ‘Seed’, was described as the new paradigm – one of where, among other things, local and traditional knowledge informed decisions.

I’ll leave an excerpt below for those of you keen to learn more about the subject of political ecology, but in short, for me, what I like about the name is the focus on ‘creating disturbance’, followed by immediate reclamation with new seeds. This is in effect our entire business model, both literally and figuratively.

We create ecological disturbance, sometimes with hands tools, sometimes with machinery, and then we seed and plant a new, more robust, resilient, and food-bearing landscape.

Figuratively too, we like to think we are breaking down the old paradigms with our hatchet – the paradigm that suggests food should come from far off lands, picked by migrant workers, and shipped in air-conditioned transport. The paradigm that our landscapes should be perfectly tidy lawns with which we have totalitarian control. The paradigm that rejects all wild-energies into the landscapes around our homes.

Our landscapes plant a new idea. That we can transform our outdoor spaces to include many functions, including beauty, food production, carbon sequestration, water harvesting, bio-diversity as well as gathering and social spaces.

The hatchet creates disturbance and the seed begins the growth of a new landscape and a new paradigm. 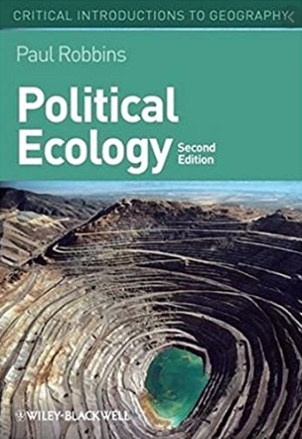 The hatchet: Political ecology as critique

As critique, political ecology seeks to expose flaws in dominant approaches to the environment favored by corporate, state, and international authorities, working to demonstrate the undesirable impacts of policies and market conditions, especially from the point of view of local people, marginal groups, and vulnerable populations. It works to “denatural- ize” certain social and environmental conditions, showing them to be the contingent outcomes of power, and not inevitable. As critical historiography, deconstruction, and myth-busting research, political ecology is a hatchet, cutting and pruning away the stories, methods, and policies that create pernicious social and environmental outcomes.

These critical efforts have more recently been extended to encompass research that not only demonstrates the way many dominant accounts are wrong, but shows, moreover, how those accounts themselves are instrumental in political and ecological change. To take but one example, “The Pristine Myth” of the Americas, a story which holds that the landscapes of the New World were in an Edenic and “natural” order unaffected by human activity prior to European arrival, has been placed under political ecological scrutiny. As geographer William Denevan has demonstrated (1992, 2001), summarizing 30 years of his own archaeological, field, and historical research, pre-Columbian environments were heavily influenced by native peoples’ cutting, planting, terracing, and building. Political ecology suggests, moreover, that the myth of a “pristine” environment was itself important in the colonial process of marginalizing and disenfranchising native peoples. By writing indigenous people out of the landscape, the business of control was easier to carry out (Sluyter 1999). Political ecology takes a hatchet to such stories.

The seed: Political ecology as equity and sustainability research

This research has another side, which seeks to document the way individuals cope with change, households organize for survival, and groups unite for collective action. In this sense, much political ecology involves the detailed analysis of agrarian practices, social systems for resource distribution, and techniques for cataloging and harvesting non-human nature. Often this means careful attention to “traditional” ways things were done historically, documenting local knowledges and understandings of ecological process.

As Peet and Watts insist, however, this “concern is not simply a salvage operation – recovering disappearing knowledges and management practices – but rather a better understanding both of the regulatory systems in which they inhere . . . and the conditions under which knowledges and practices become part of alternative development strategies” (Peet and Watts 1996a, p. 11). In other words, political ecology seeks not simply to be retrospective or reactive, but to be progressive. A political ecological analysis of the decline of traditional water-harvesting techniques under the increasing influence of state irrigation authorities, for example, is not simply a mournful or romantic call for a lost technological past. By documenting not only the changing economic and bureaucratic pressures under which water management is currently being transformed, but also detailing the way it is managed traditionally and describing techniques of local adaptation and resistance, political ecological research helps to plant the seeds for reclaiming and asserting alternative ways of managing water (Rosin 1993). The goal of any such effort is preserving and developing specific, manageable, and appropriate ways to make a living. Thus, much political ecology is about evaluating and explaining environmental change as well as explaining and deter- mining the impact of ideas about environmental change. As a result, the field faces several challenges in ecology, in social construction, and in explanation itself.”

1 thought on “Why the Name Hatchet & Seed”